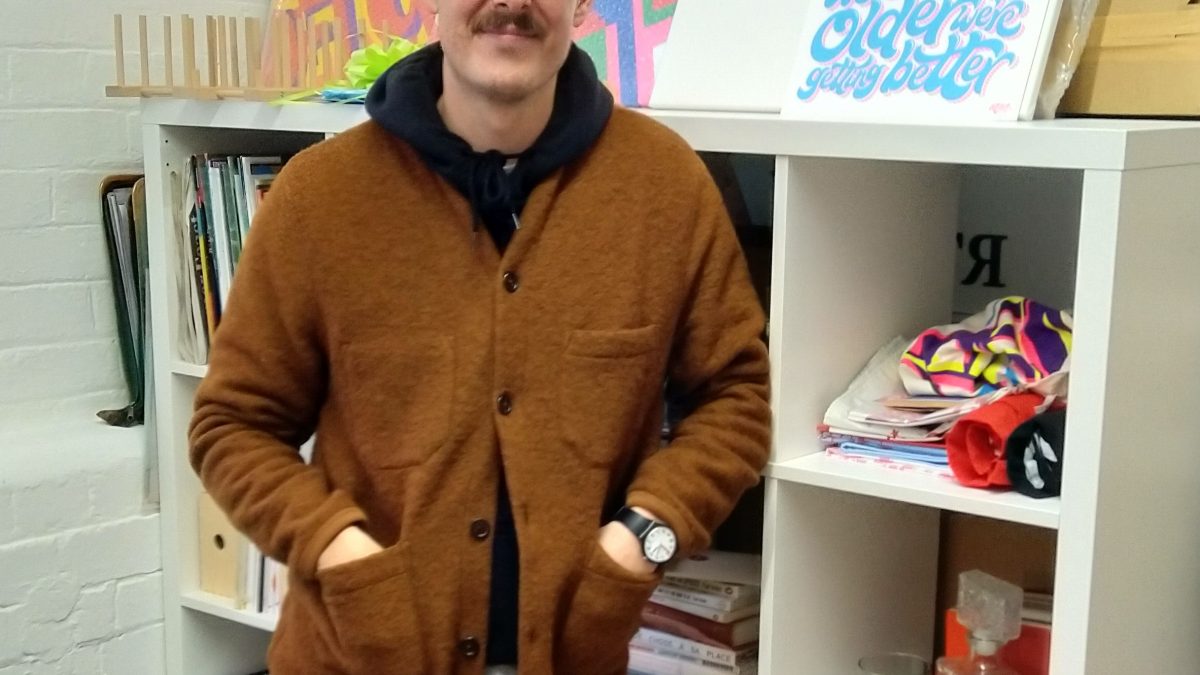 Meet another of our fantastically creative tenants – Oli Frape. He moved into a unit in Riverside Block late in 2021, and we caught up with him before Christmas to find out more about what type of art he creates! 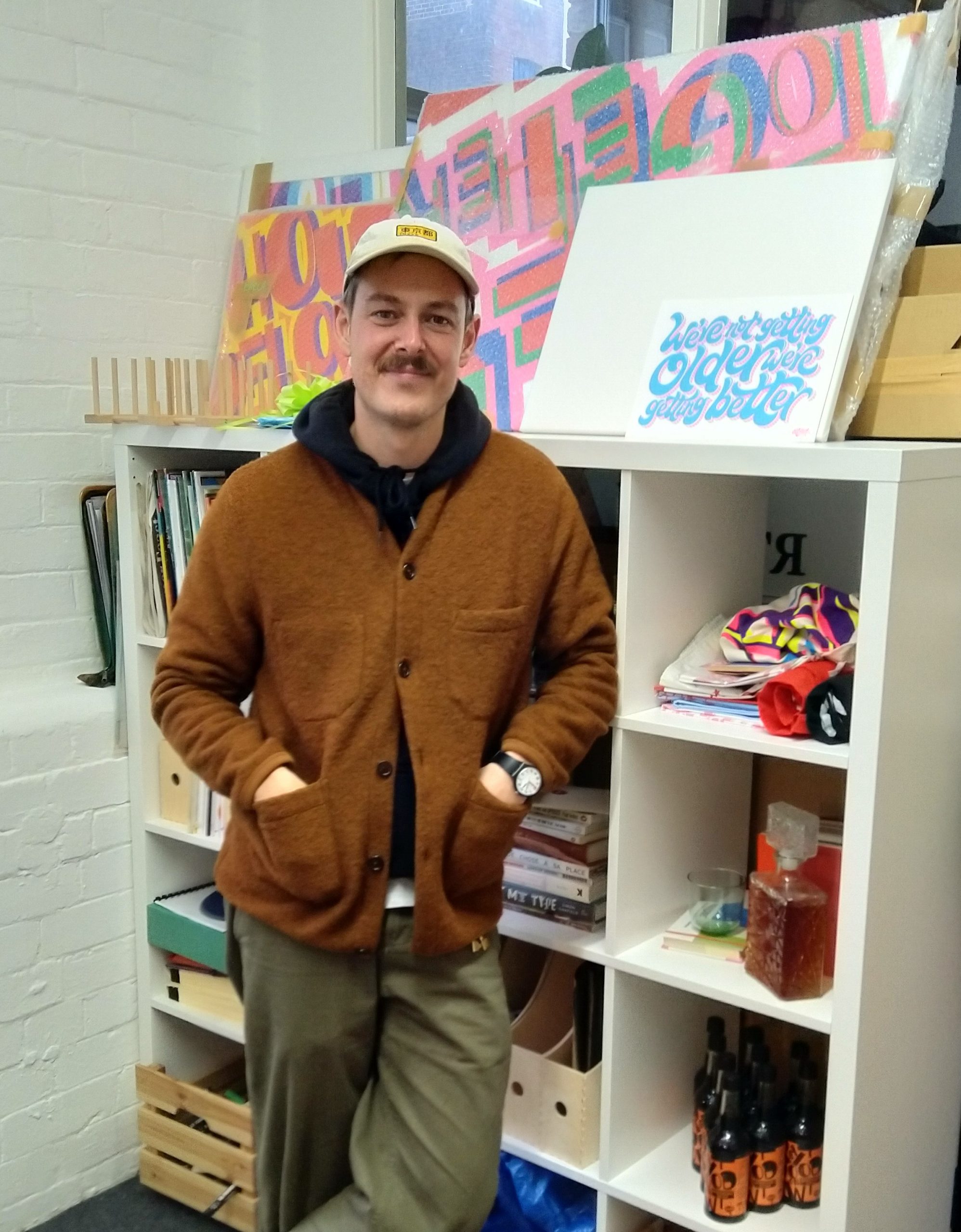 What do you do?

I am a lettering artist or a type designer. I make handmade lettering for a wide range of different things. Both digital and nondigital – using traditional techniques such as pen and ink, and paint as well as digital. Increasingly I do lots of logos and brand marks, including the recently opened Shuffleshack at the Abbeydale Picturehouse. I also re-designed the new My little pony logo which came out last month and I’m working on some other things for children’s TV. I have made logotypes for Impulse Fragrances, YES! Snacks and Tesco, as well as book covers etc and lots of things for advertising. In the gaps between all that I also paint and create typographic paintings and sell prints. 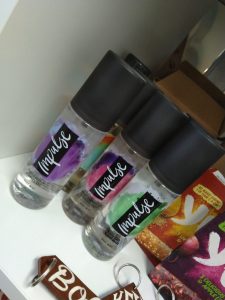 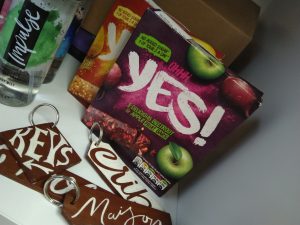 How long have you been doing this and how did you get into it?

About 12 /13 years. I have a degree from Sheffield Hallam in Silversmithing but I basically went to London when I graduated and lived with a bunch of friends who were freelance illustrators in our grotty little flat in Hackney. We turned our living room into a workspace and worked in there when we weren’t doing our part time jobs. We were all just trying to get our illustration careers off the ground and it literally grew from that. We were a collective and did all sorts of different things that involved making 3D items as well as images. So I started off trying to do a bit more illustration and then it turned out I was more interested in adding words to the illustrations. Lettering started to emerge at that point as a trend. Previously it had always been a trained profession, particularly in pure typography, but suddenly there were a few artists starting to come out doing just lettering and then it become a viable prospect so I started doing more and more and it grew from there. I’ve have never really looked back.

The Tesco Christmas Campaign was big for me in 2017/18 – that was on everything everywhere, I was constantly getting pictures on social media from people saying they had seen it! 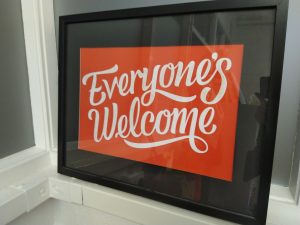 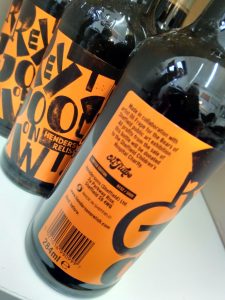 How did you come to be on your own?

I have always been a one-man band. I have thought about taking on other staff and there have been times where workload has meant it would have been helpful for someone to have been helping me. However, the problem is that what I do is all about the things that I have made with my own hands and I enjoy making the art myself!

This summer I have done some more Sheffield-based projects — we did a limited-edition bottle of Henderson’s Relish which they gave the proceeds to the Children’s Hospital Charity.

I also painted two of the Bears of Sheffield in the Summer of 2021 – the Henderson’s bear and another which was displayed in the Millennium Galleries. When I did the second bear, I had the idea that all of the words painted on it should be things that people in Sheffield have suggested – like if they were going to get a tattoo of something they liked about Sheffield and what it meant to them. I asked people via twitter and at the Children’s hospital, so I had all these vignettes of lives lived in Sheffield, and when I wrote it all down, I realised that is what the musical Standing at the Sky’s Edge [which I saw at the crucible in 2019] is all about. So, I called the bear Sky after the musical. I painted the full sized bears in my living room as I didn’t have my own studio space at the time and as it was during the pandemic it was more difficult to go to the shared space. I had two big bears side by side in the lounge for about a month. So my wife is very pleased I have a studio now!

Interestingly, a photograph was taken of Sky in the Millennium Gallery and the partner of the woman who wrote the musical saw the photograph on Twitter and got in touch to ask me to make a miniature replica one for them as a surprise Christmas present. It took some time and some very fine pens to get it right!

These are the links to the two Bears!

Why did you choose Sheaf Bank?

I didn’t know that this was here prior to coming to see the space! It is the perfect mid-space between a plush office and an art space that is dingy and basic. There are some places in town that are art spaces that are cheap, but they are much less comfortable than this, and really cold and dark. And then at the other end of the scale there are offices where you can’t make a mess! This felt like I could make things in here if I wanted to without feeling that I needed to be too careful, but also its comfortable enough that I’m not super cold or dreading coming here in the winter!

This is the first opportunity to have a space for myself where I can put my increasing number of things I need and like around me when I am working. [Oli has lots of books, magazine, and products in his space – all of which he has contributed to the design of or been featured in]. It helps me having this out to get a sense of progress and creativity. 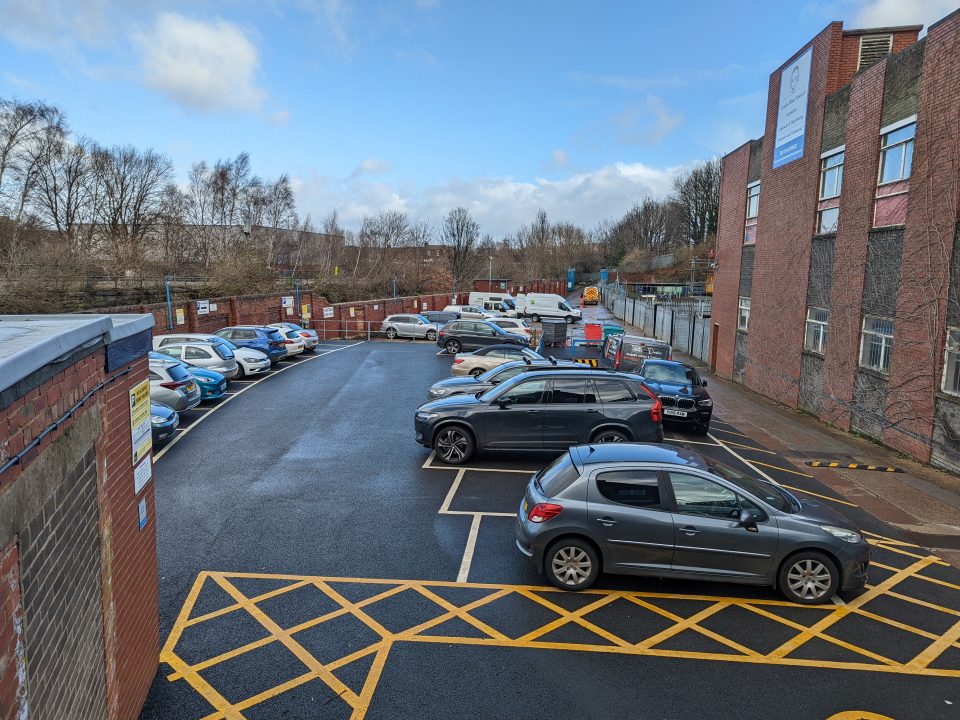